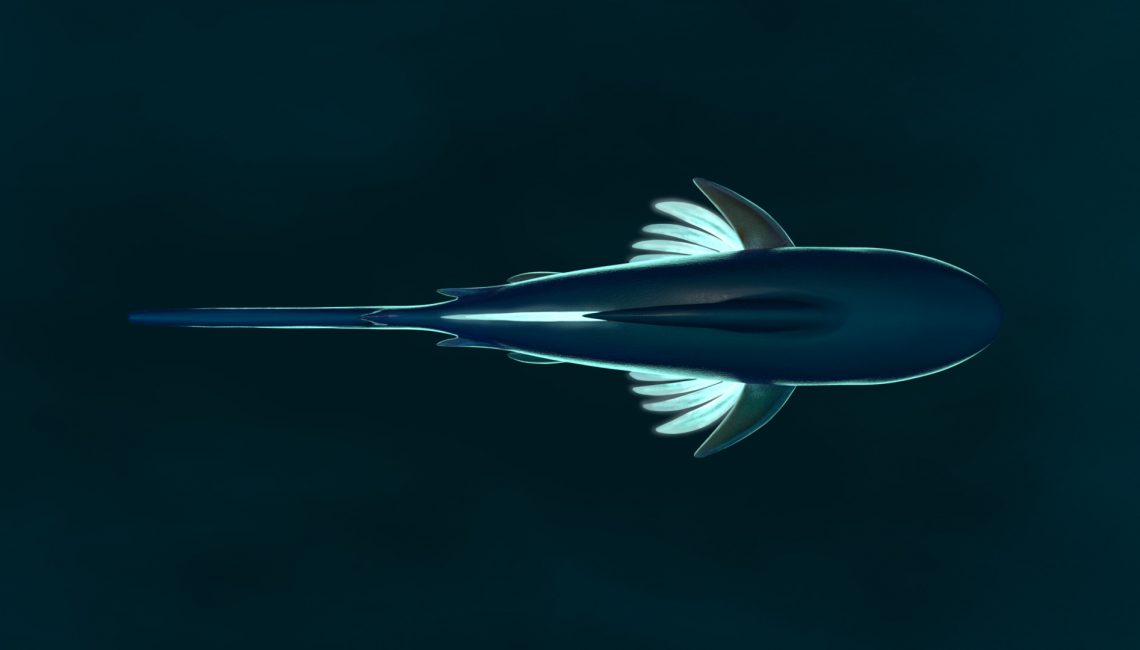 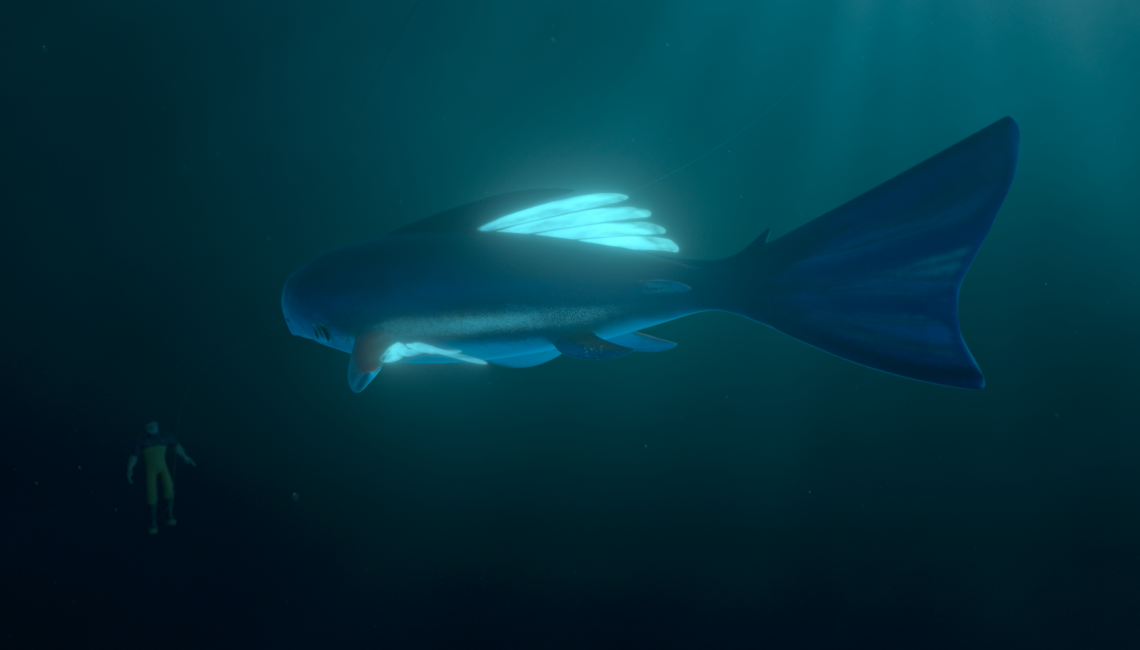 After the modelling, I also did the texturing & shading of the fish in Fish for Life. I concepted this main character as a young, strong, tall, unfamiliar and exotic creature. Its colors symbolizes the passive, feminine, cool and a noble character. The design has been supplemented by a glow effect. This has a big impact. The fish is now visible in the dark. His small fins are emissive with a bluish tone.