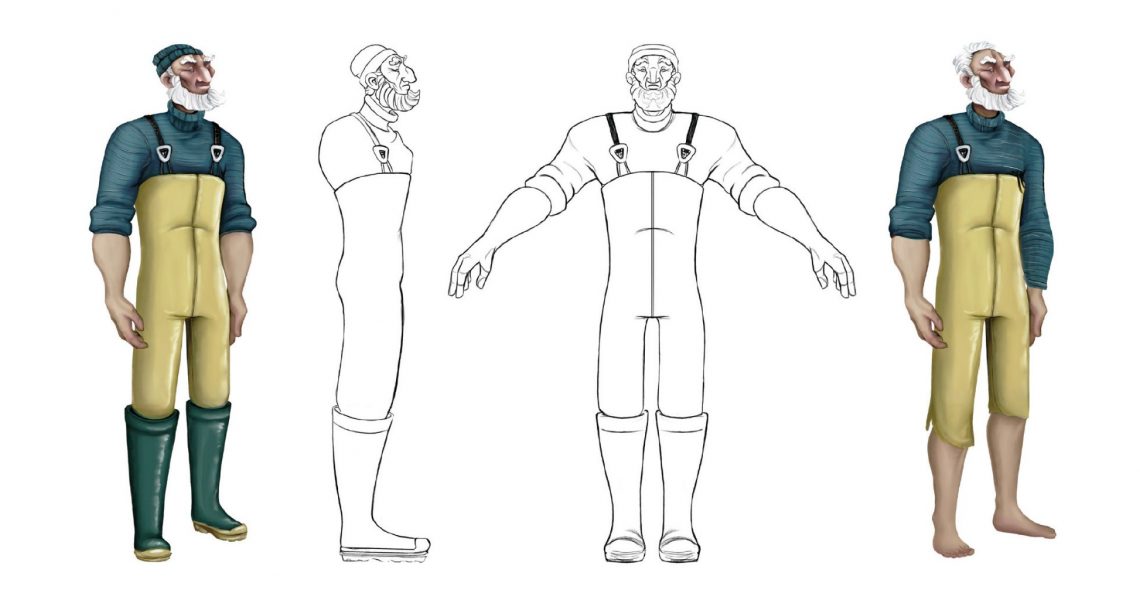 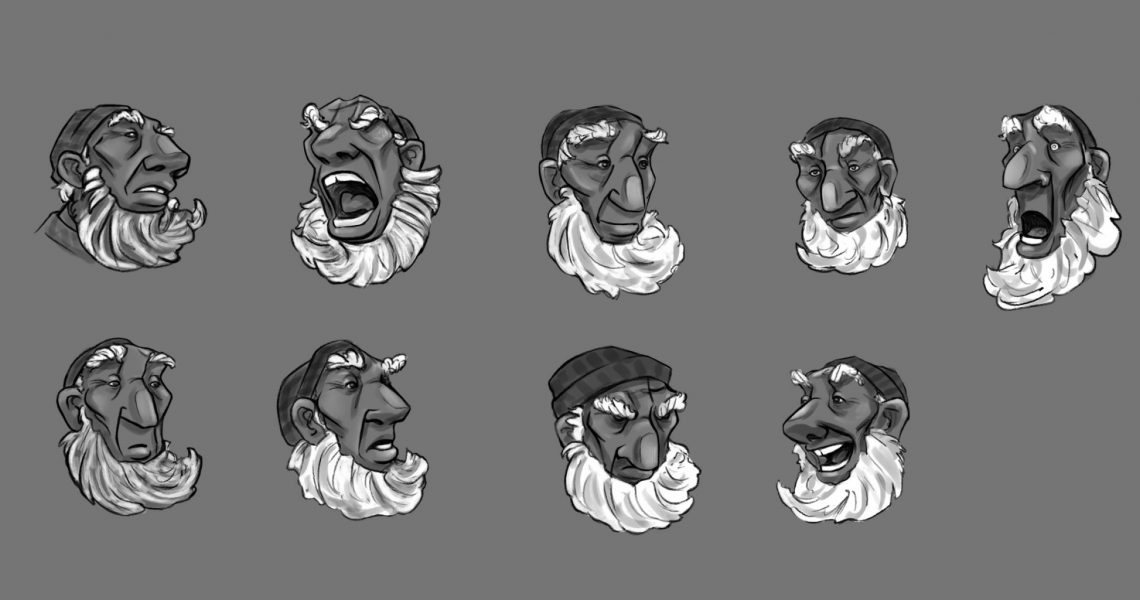 For the 3d animated short Fish for Life I did the character design of the protagonist Manolin.

The 67-year-old Norwegian is a loner, proud and self-assured, yet live a solitary life. Manolin loves the sea and hard work. He is a fighter, there are no obstacles for him he can’t overcome. Manolin often hits his head against the wall. His irrepressible energy can also mislead him and with his selfish, aggressive behavior he does not make it easy for others to get in touch with him.

Manolin is born on March 29, 1950 in the small fishing village Reine. The fisherman can only vaguely remember his mother Elise. She left the family when Manolin was a toddler. Elise leave heir responsibilities behind and joined a group of musicians. Therefore, the fisherman has always felt abandoned by his mother. It is very difficult for him to trust a woman.

After almost 30 years on the sea, sailing around the world as a navigator, he returns to his hometown, hearing that his father Sondre has become seriously ill. Taking over the family business, Manolin earned great successes at the beginning, until the industrial fishing came up. One after the other, all the fishermen throwing in the towel. Manolin is the last man standing against the industry.

His colors are a dark turquoise and a dull yellow. Turquoise is the color of perseverance and concentrated tension. It stands for independence and self-assertion, but also for selfishness and idealism. The color depicts Manolin’s distance from his fellow human beings – he is independent of the compassion of others and carries a feeling of emptiness. Yellow stands for an alert mind, for a lightness that is already dulled in Manolin. The color indicates a willingness to change. Connected with yellow is the new, the modern, the future. Stranded, the color yellow outweighs, as he loses his hat like rubber boots in the storm.