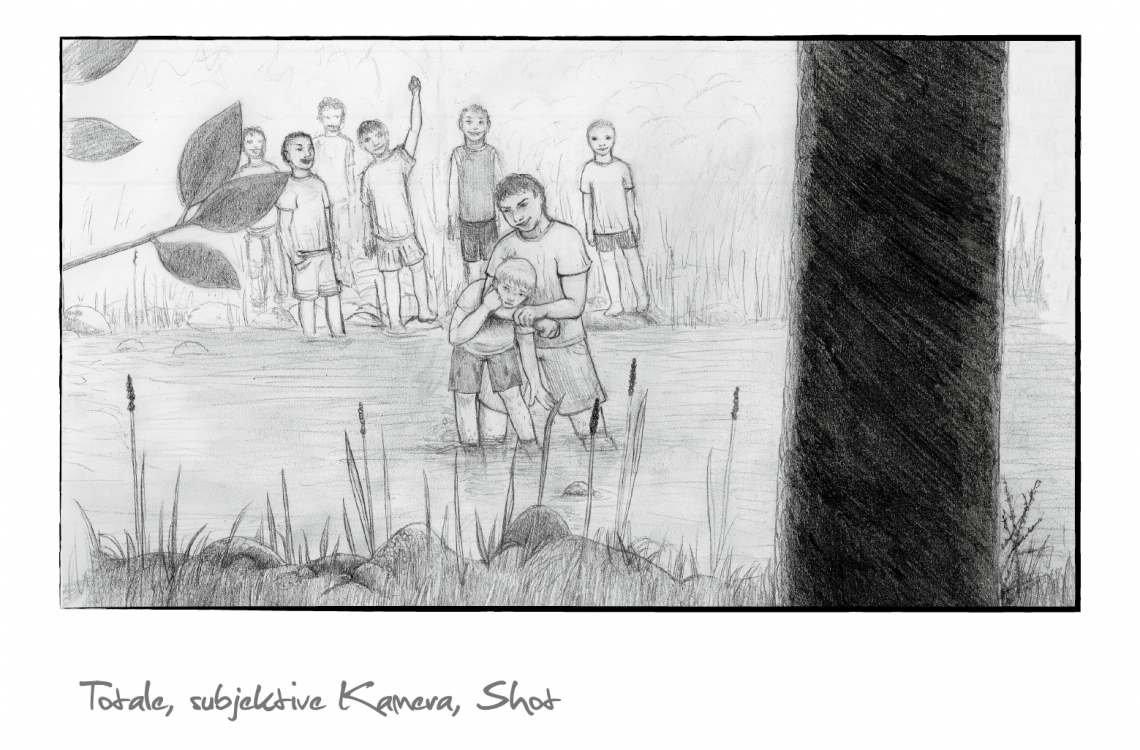 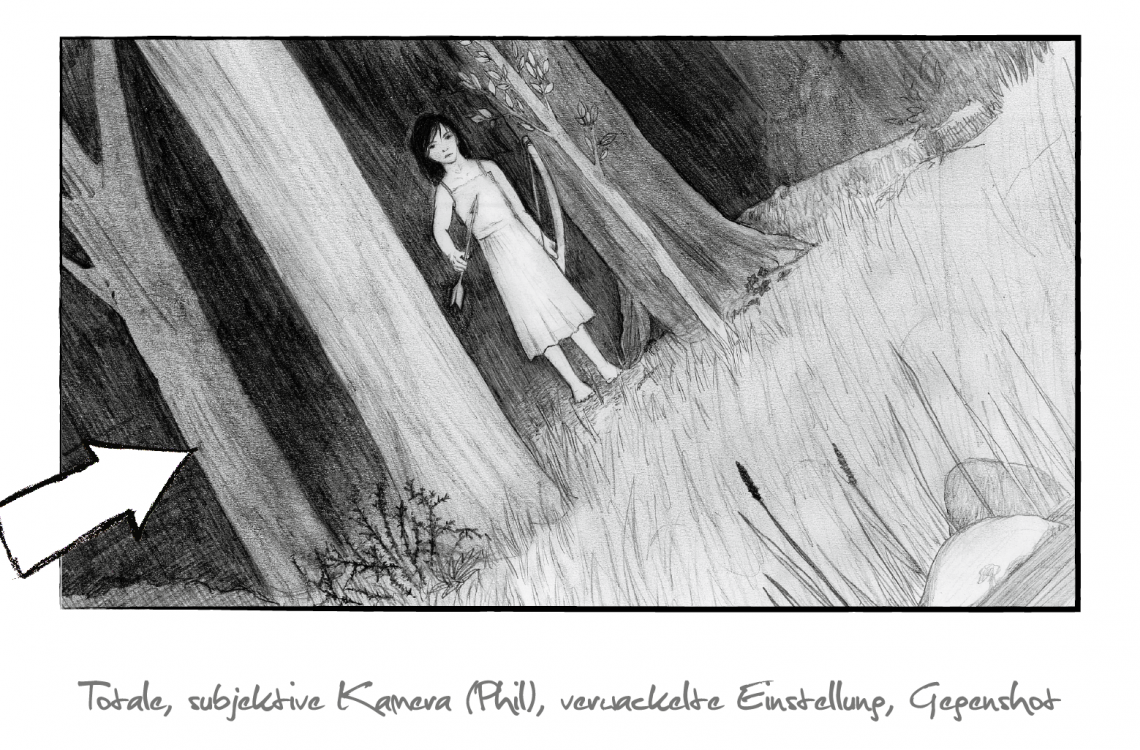 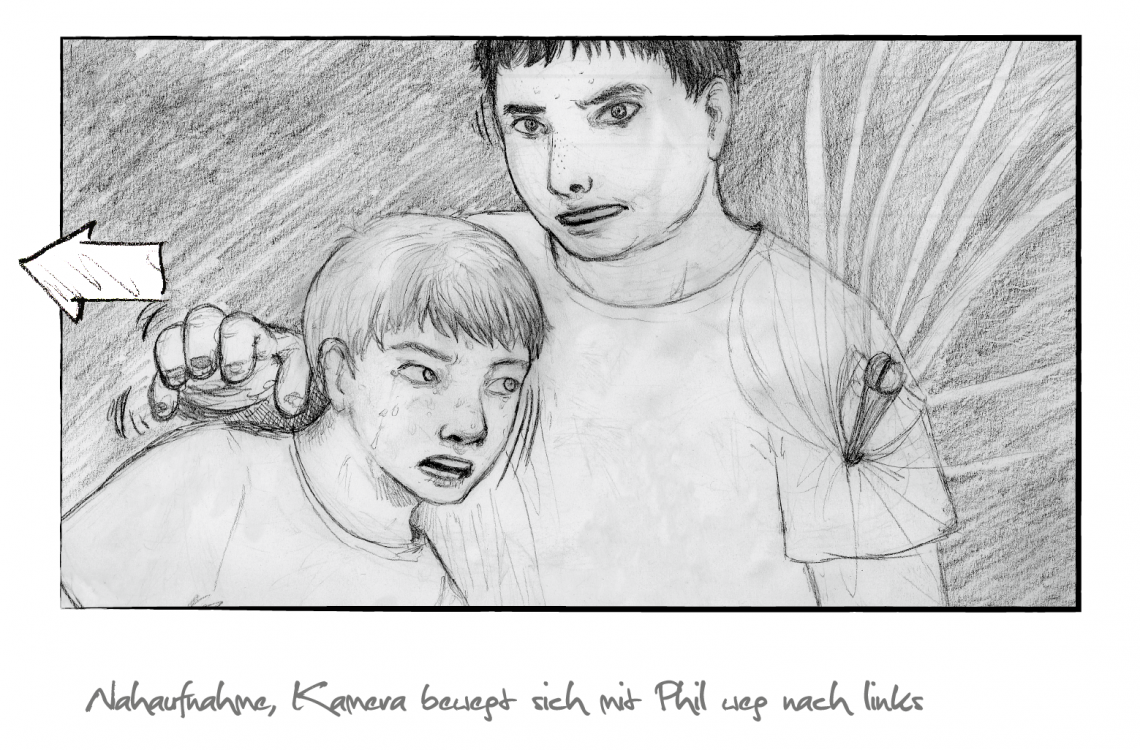 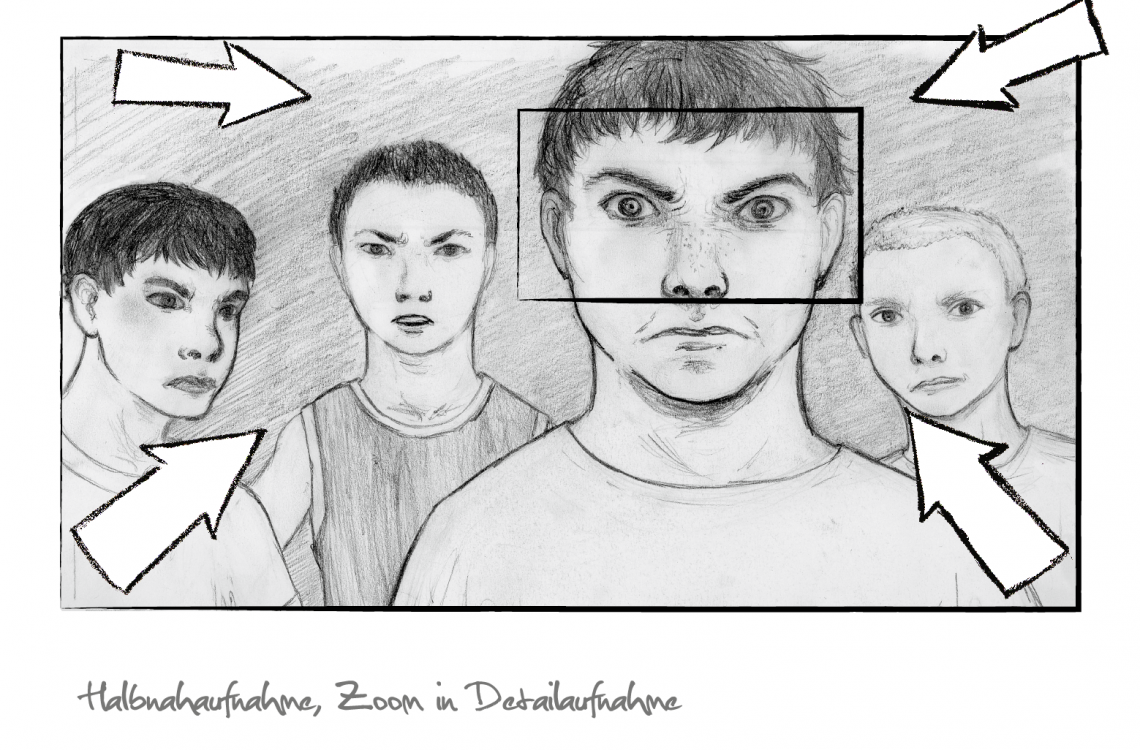 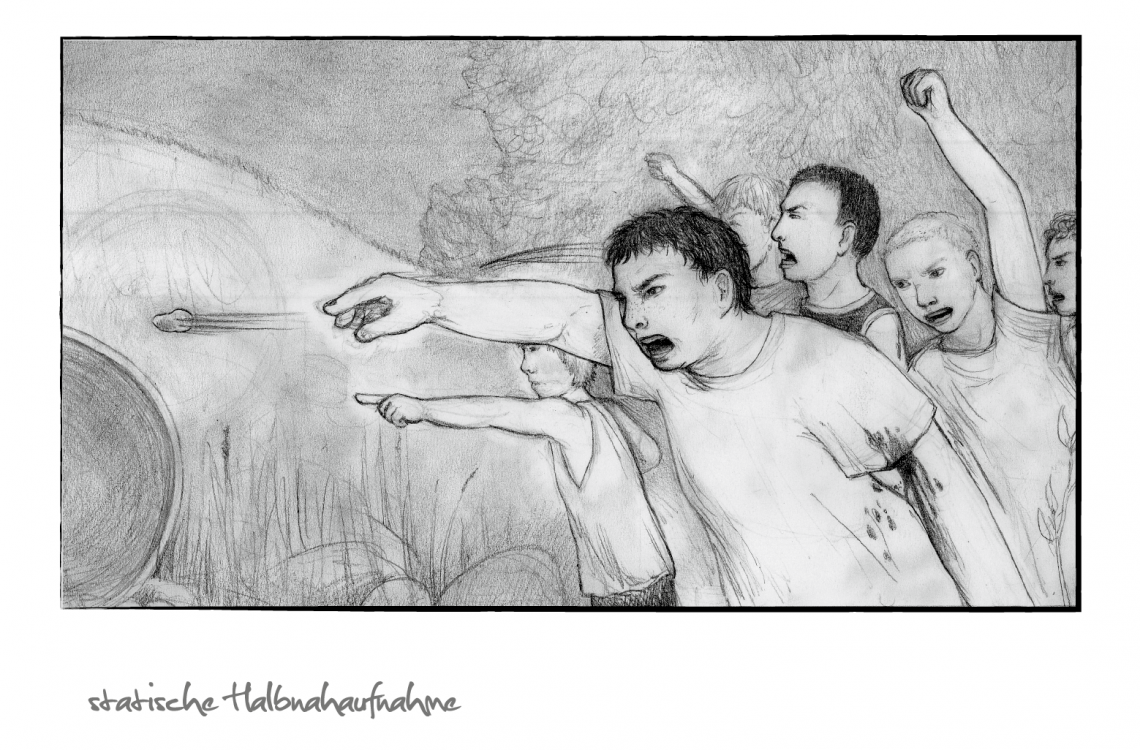 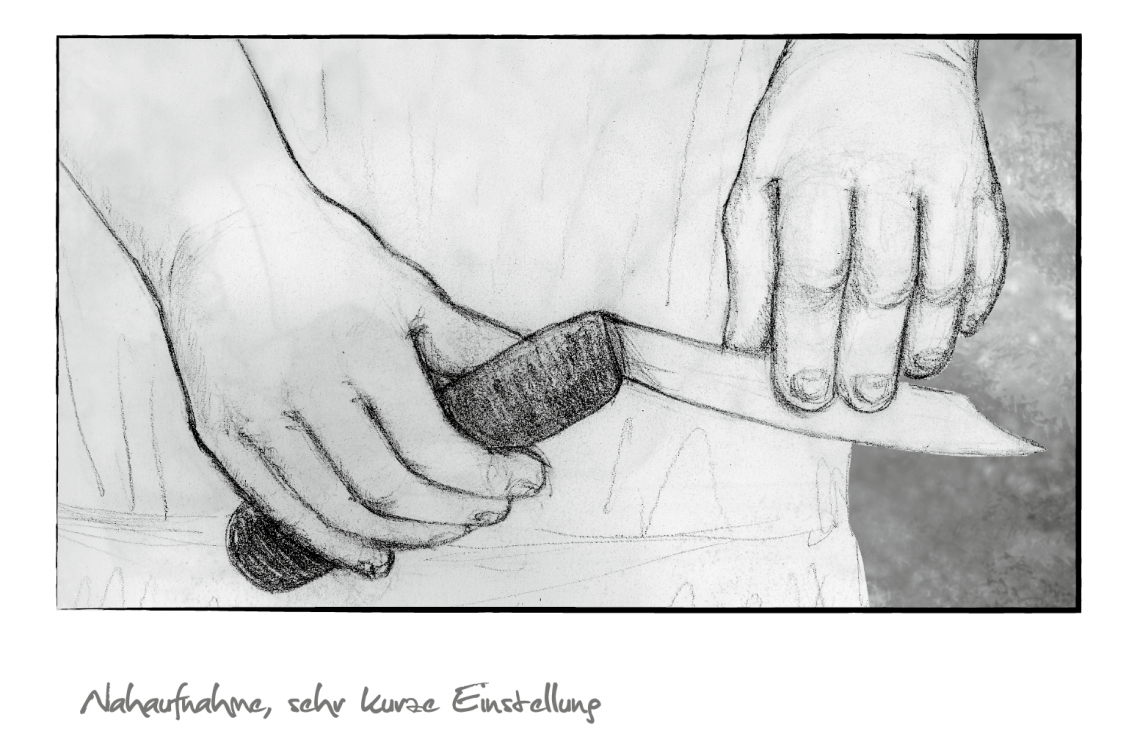 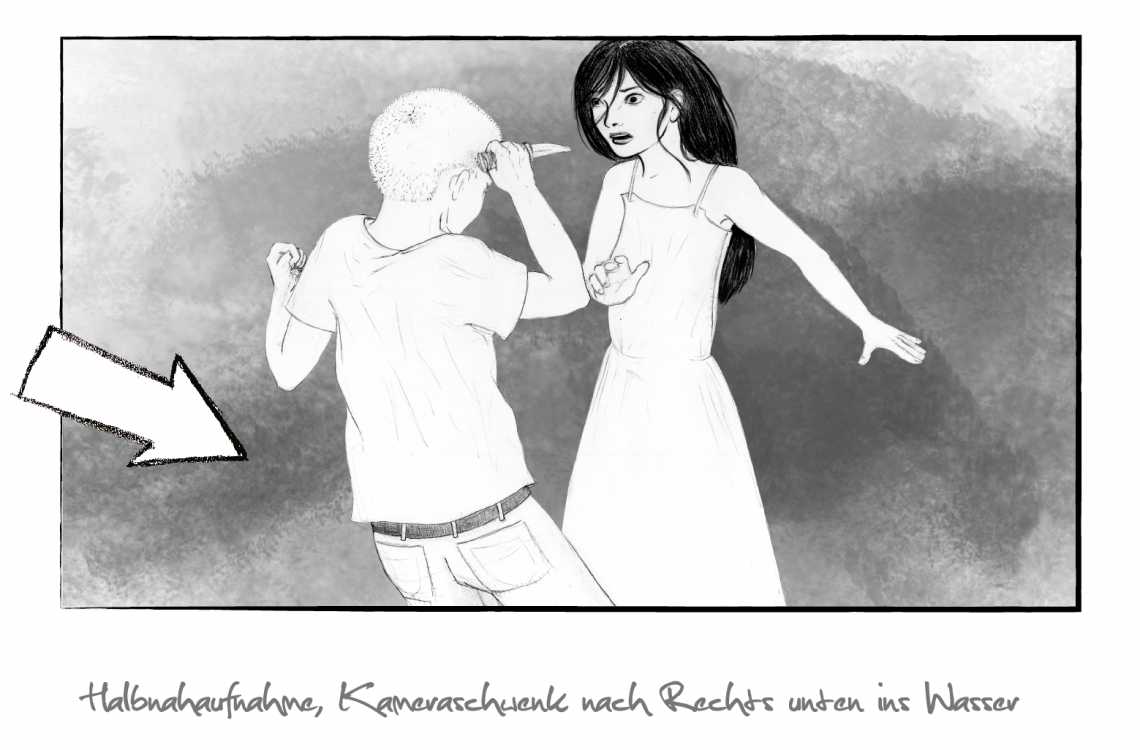 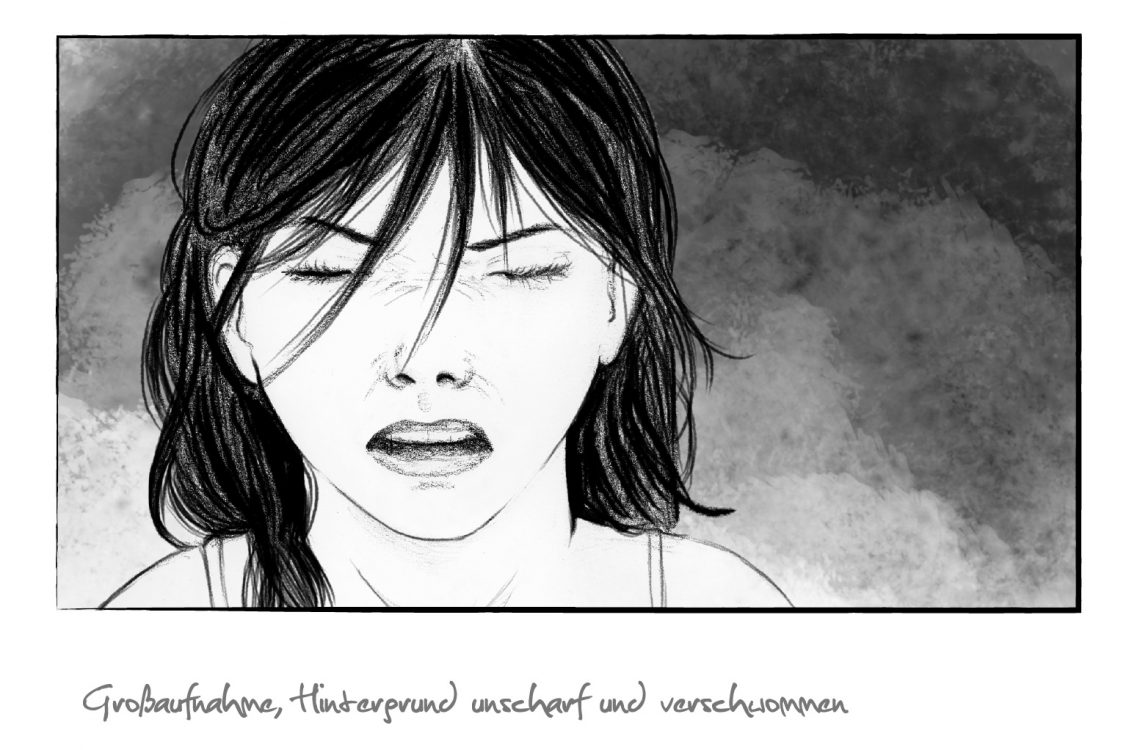 In 2008, during my year at the masterclass in Linz, I should create a storyboard. I chose to visualize one part of the book ‘Die Mitte der Welt’ by Andreas Steinhöfel. The chapter is called “Die Schlacht am Großen Auge” (The Battle at the Big Eye).

Dianne and Phil are twin siblings. They had a troubled childhood with an absent father and a foreign mother who is badly known all over the place. She constantly changes her relationships with many men. Furthermore, Phil is gay. This is why they were the odd ones of the small village, where Dianne and Phil grew up.

One day the children had a bad fight at a brook far away from the grown-ups. This action scene caught my attention to turn into a storyboard.

This was my first steps of making a storyboard – trying to tell the story in a few shots.